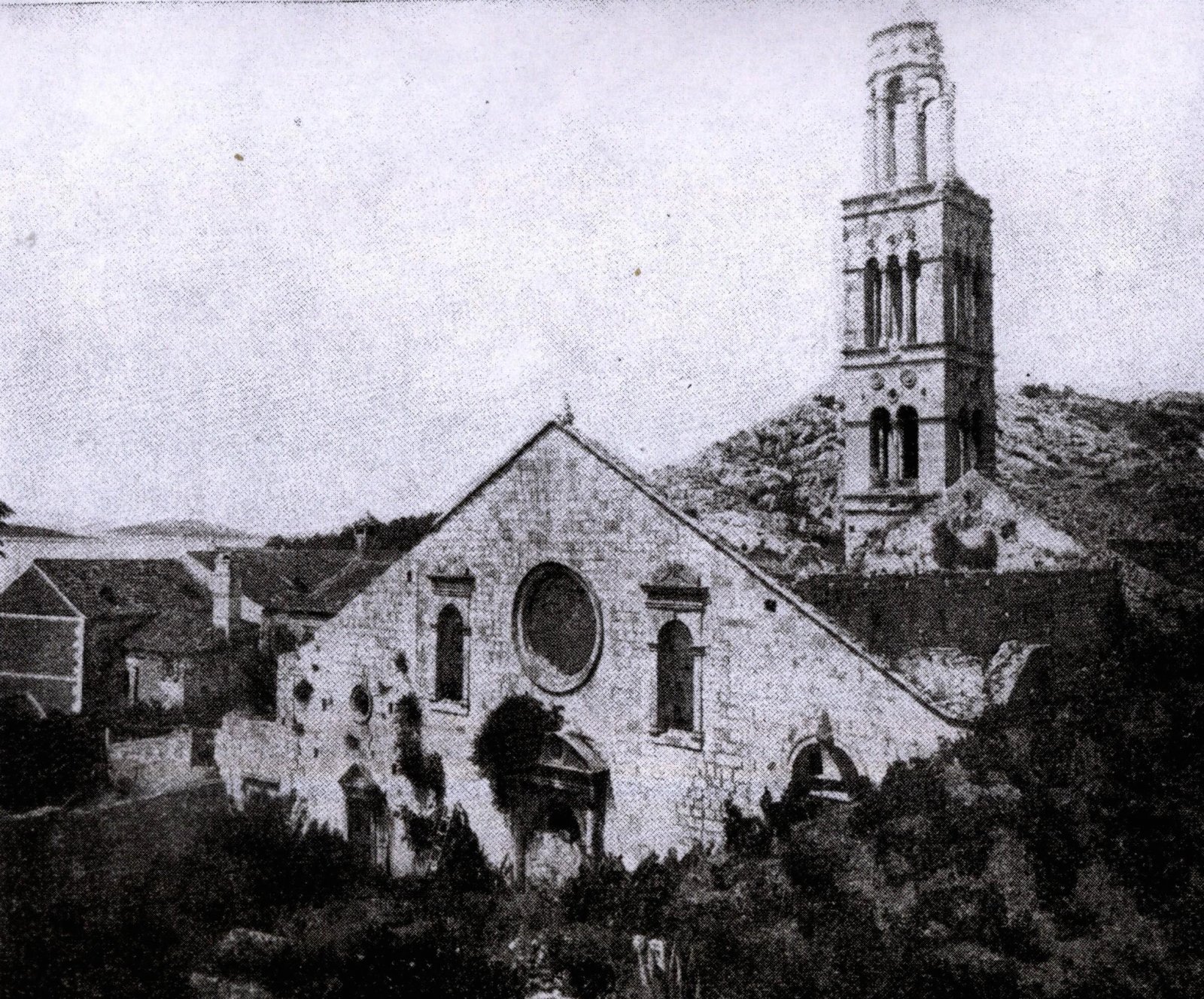 The monastery and the church of St. Mark were first mentioned in 1312 but today's remains date back to the 16th and 17th century. The Dominican monk Vinko Pribojević held his famous speech "On the Origin and Glory of the Slavs" in this church. Croatian family graves from the 15th to 18th century are among the ruins of the former three-nave building. The church also served as a meeting place for the "Big Night" (Veliko vijeće), a municipal assembly of the nobility. The monastery was closed during the French administration in 1807. The apse of the church was converted into a chapel in the first half of the 19th century.