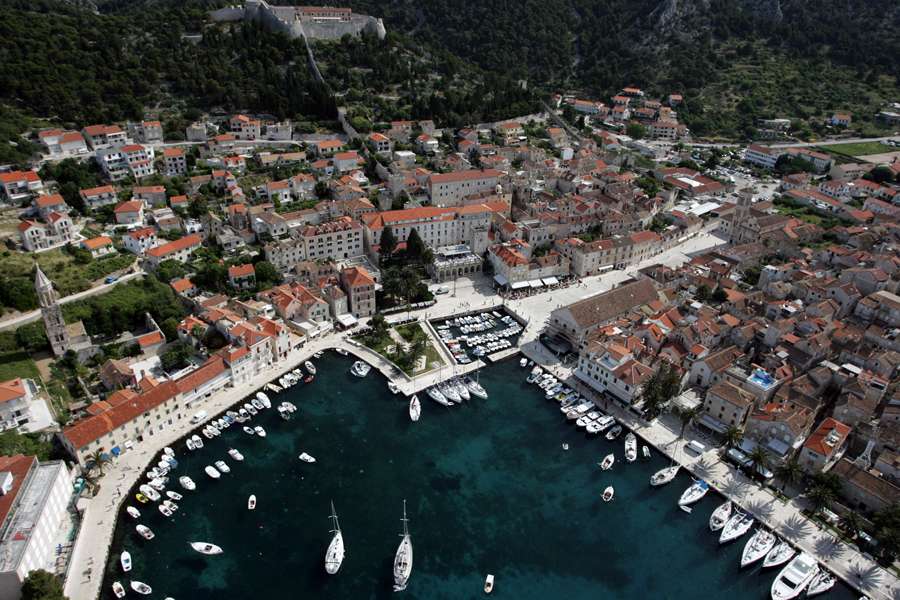 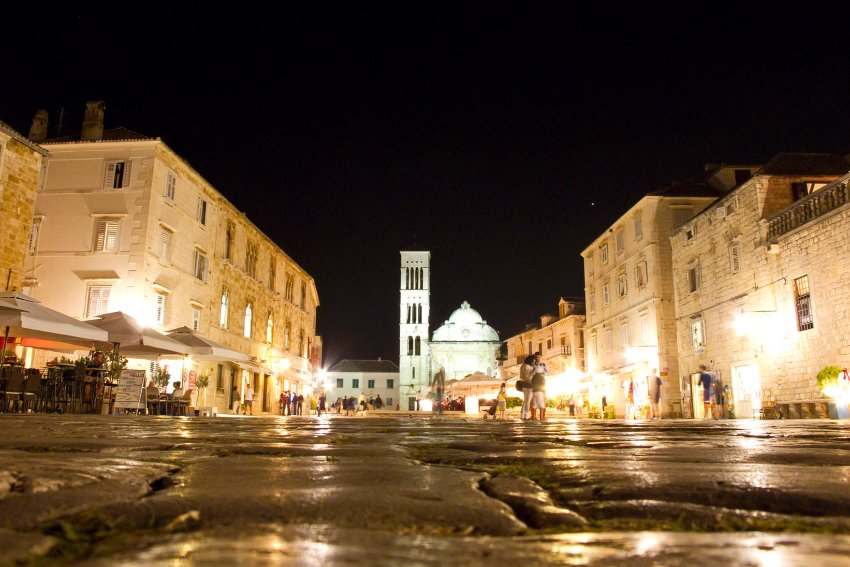 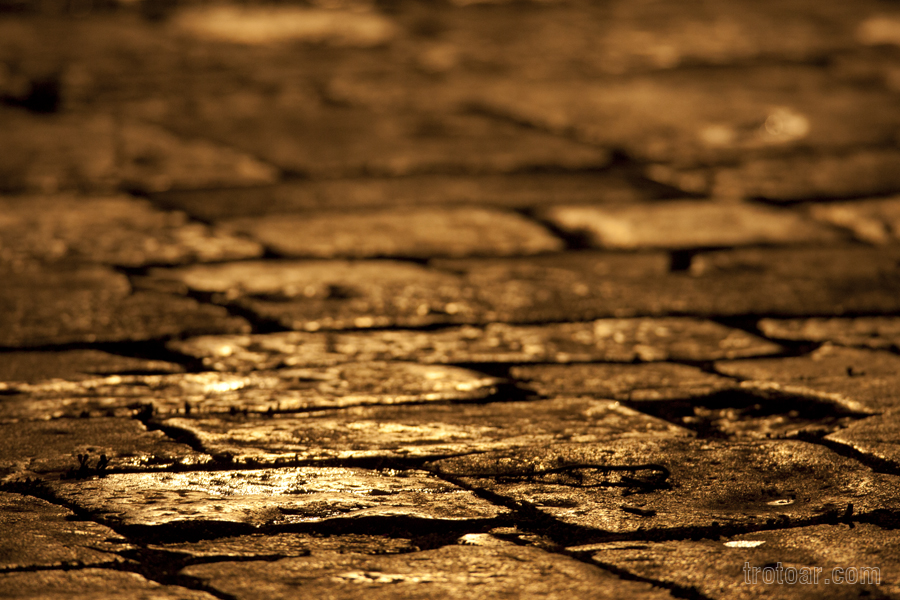 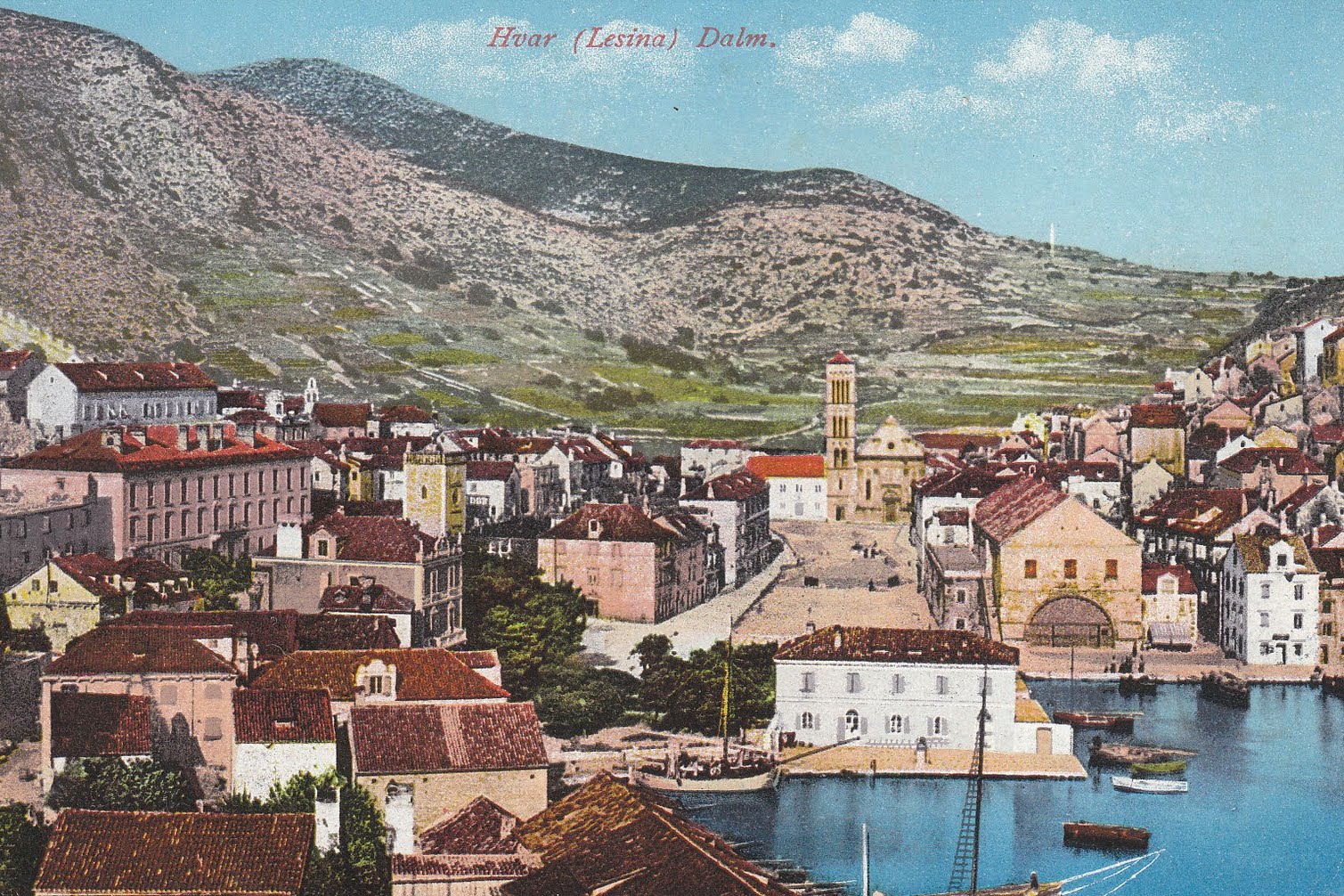 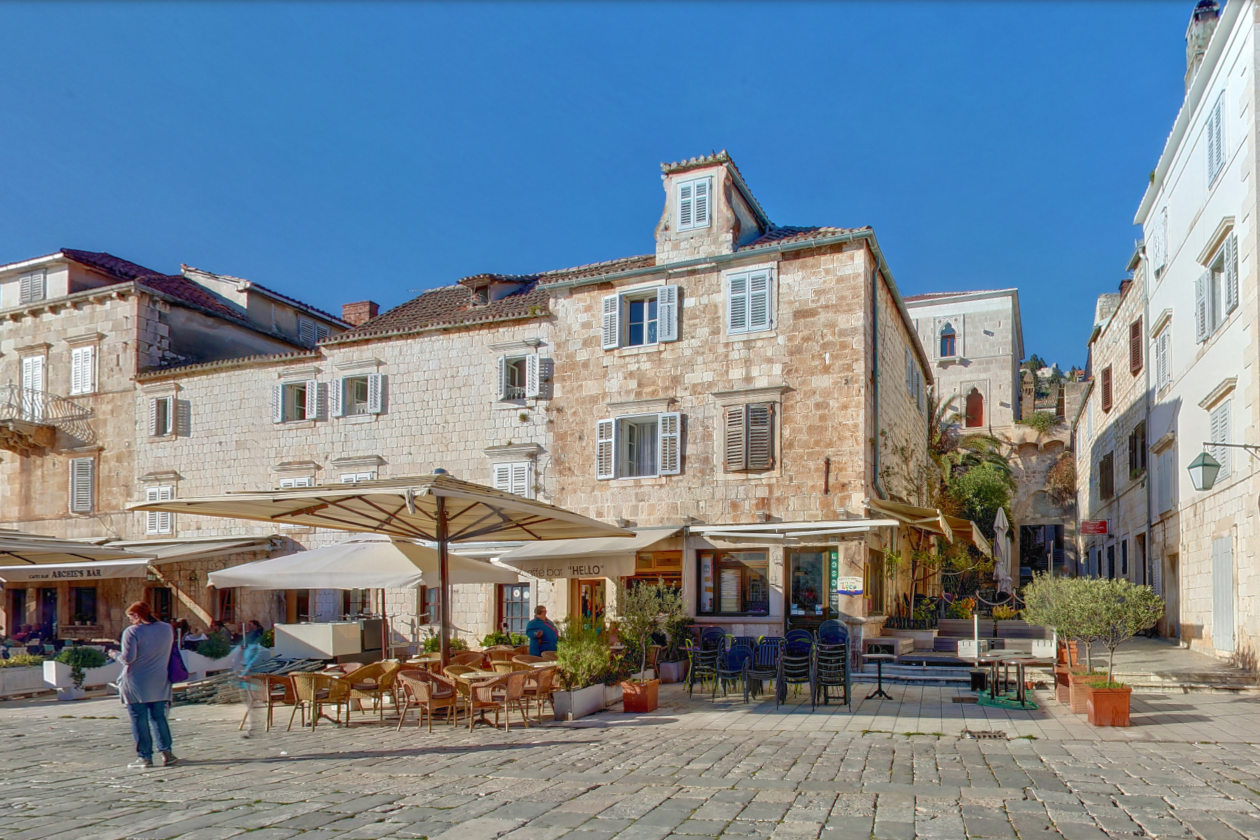 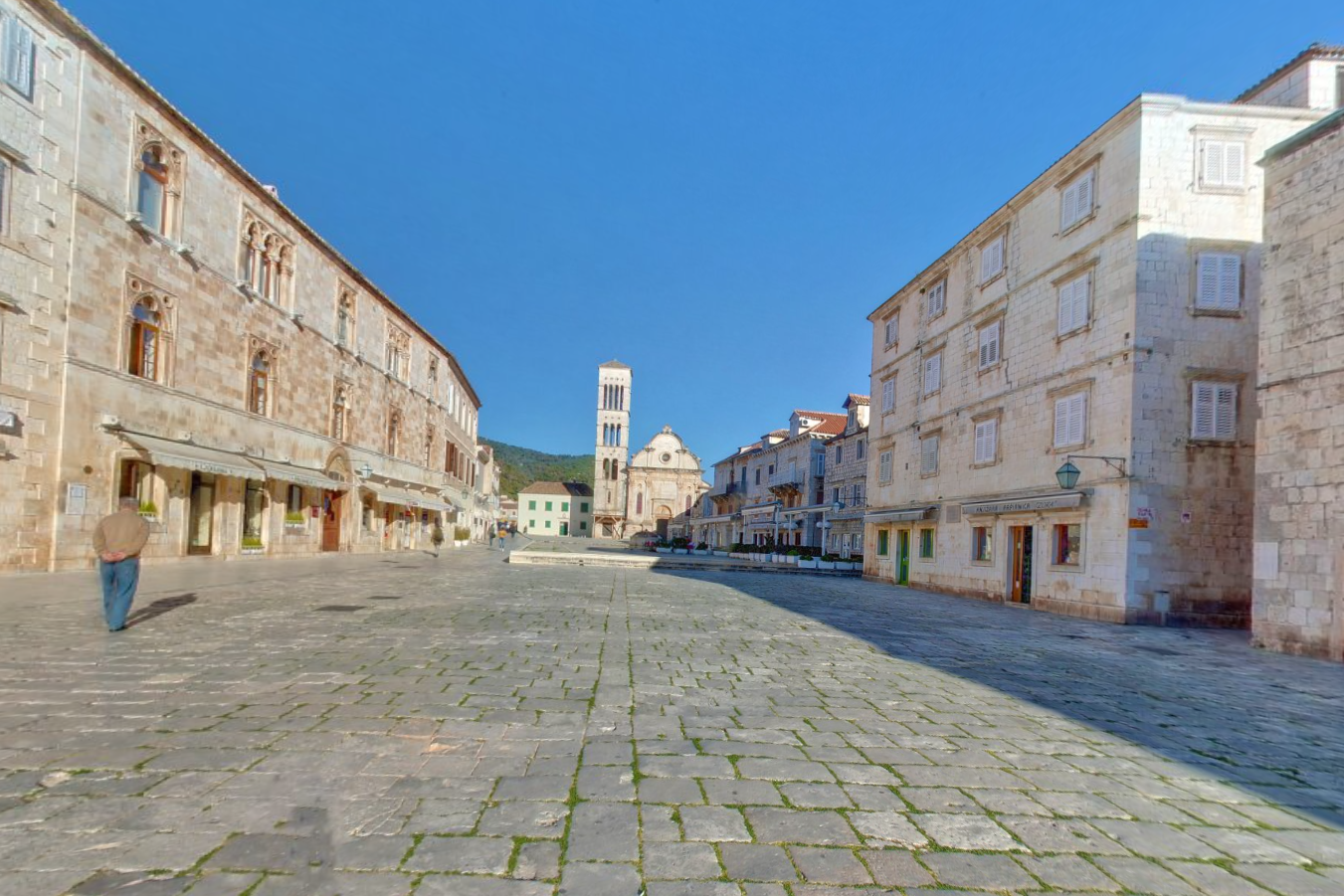 St. Stephen's Square, also called "Pjaca", is the largest piazza in Dalmatia, spanning an area of 4500 m². Once, a deep bay cut into this area and the sea reached to the point where the cathedral stands today. Over time, two fortified cities developed nearby – Grode in the north and Burga in the south. During the following centuries, the bay was gradually filled up until the square reached its present extent. The Pjaca with the Cathedral on the eastern side and Madrač, the small fishing port, on the western side already existed in the 15th century. At first, it was even wider than today and surrounded by gardens but due to lack of space in the inner city, houses were also built on the north side of the square outside the city walls. The community well in the middle of the Pjaca was built in 1520 and repaired in 1780 and 1830. The square was completely paved in 1780.