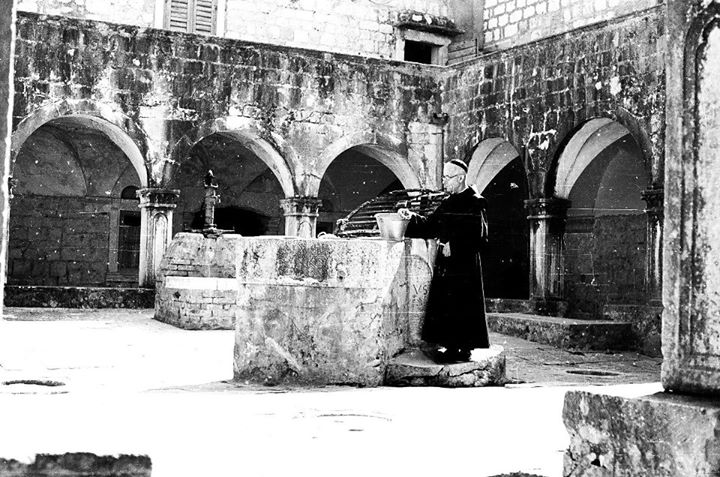 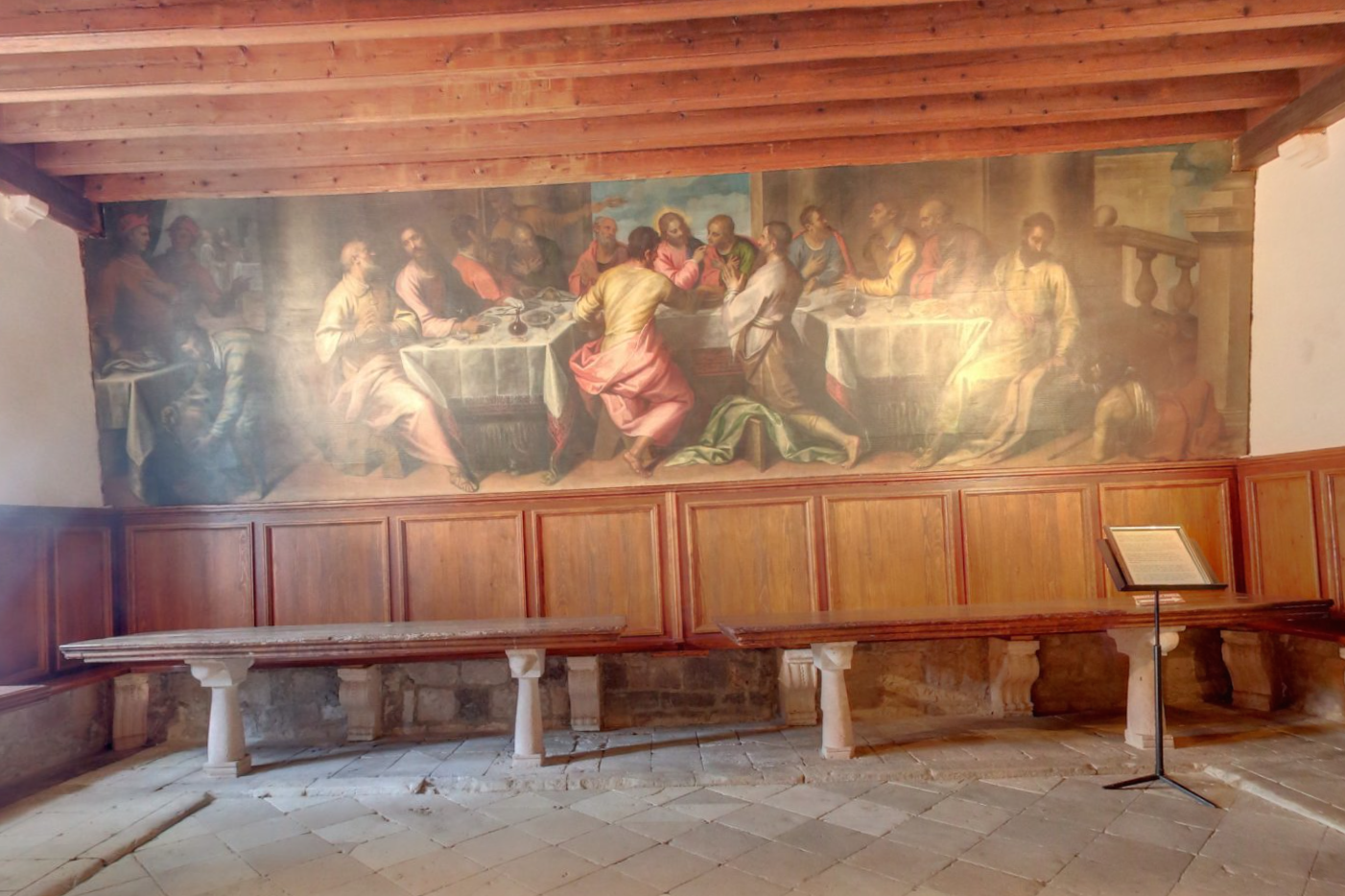 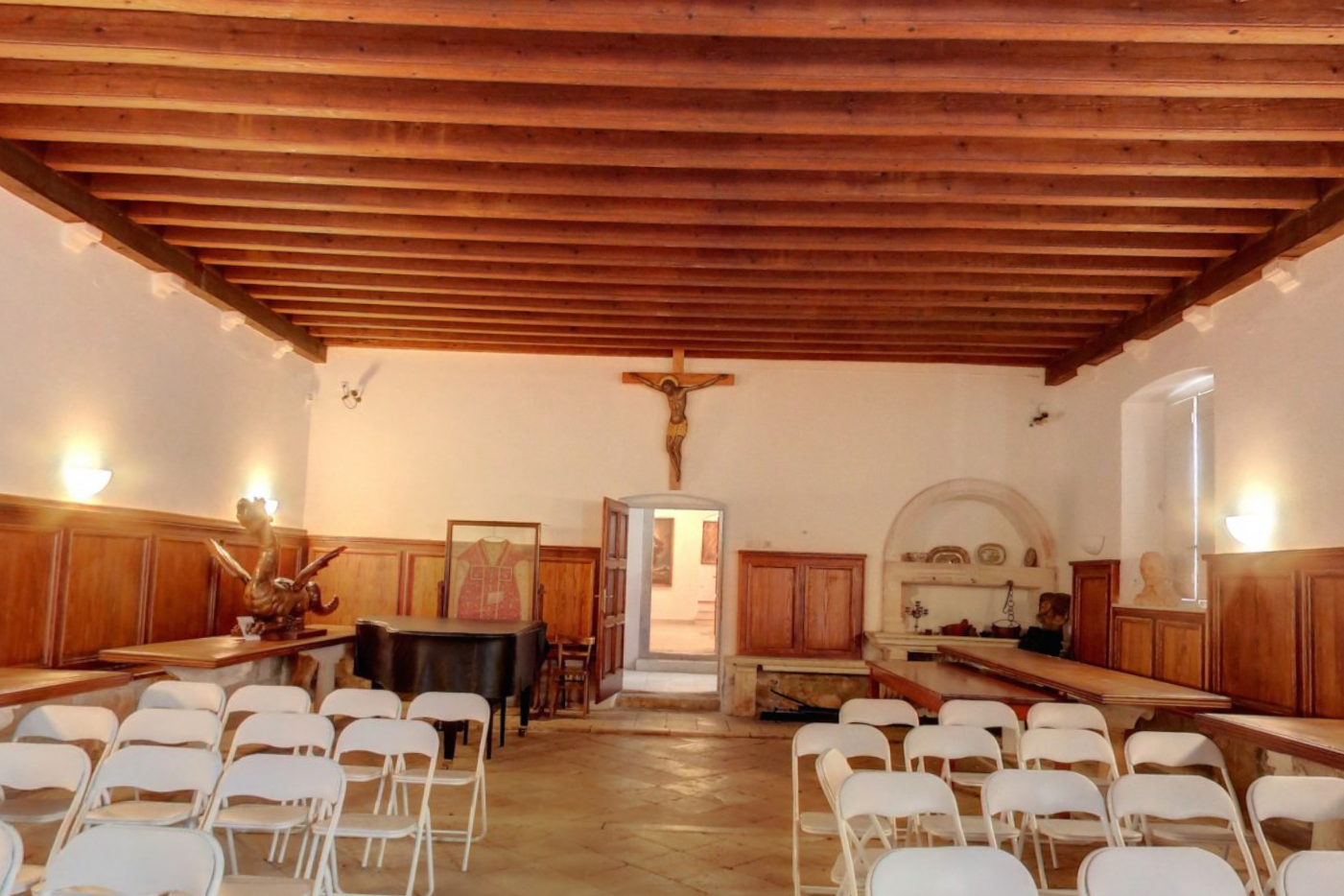 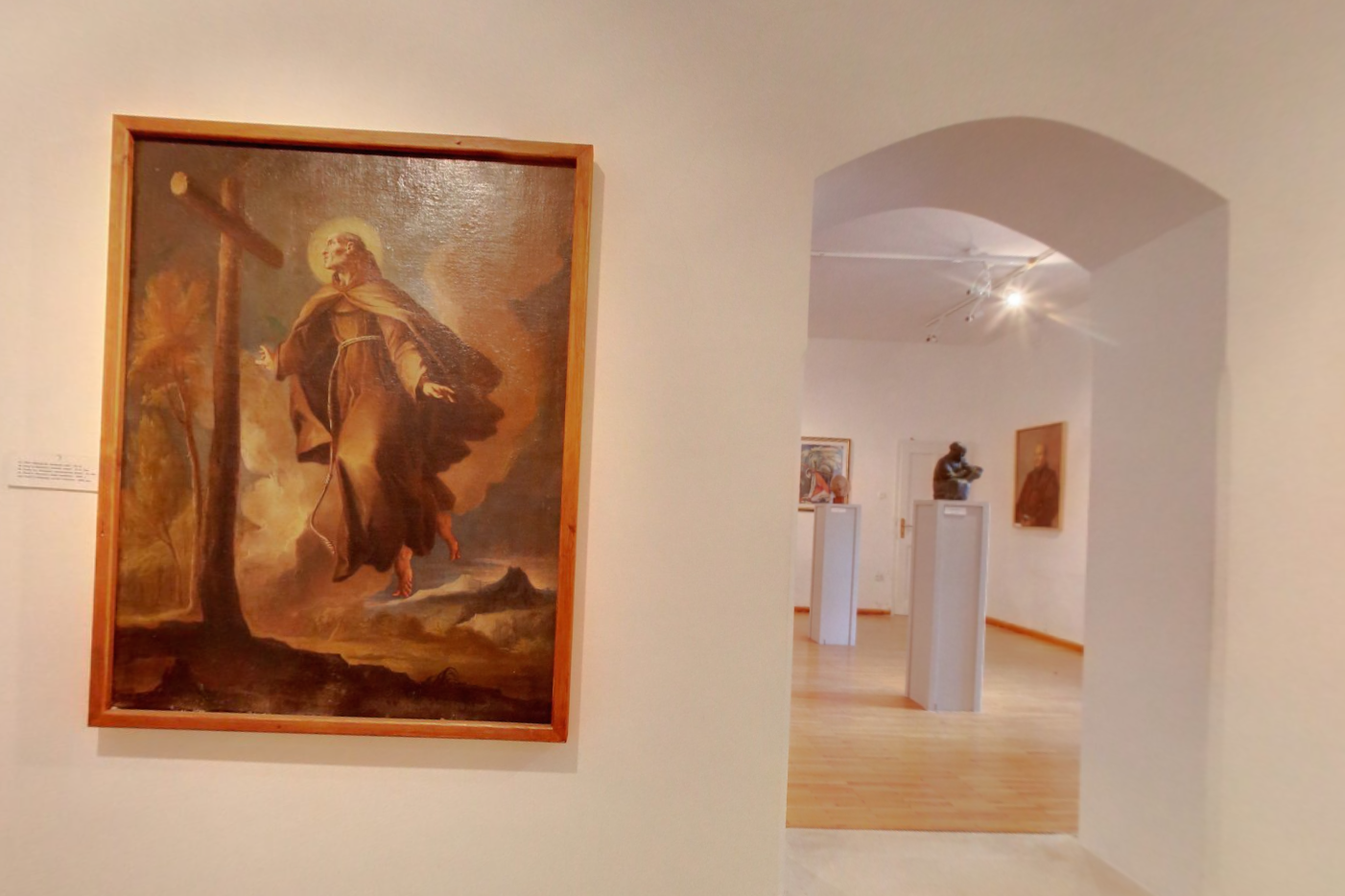 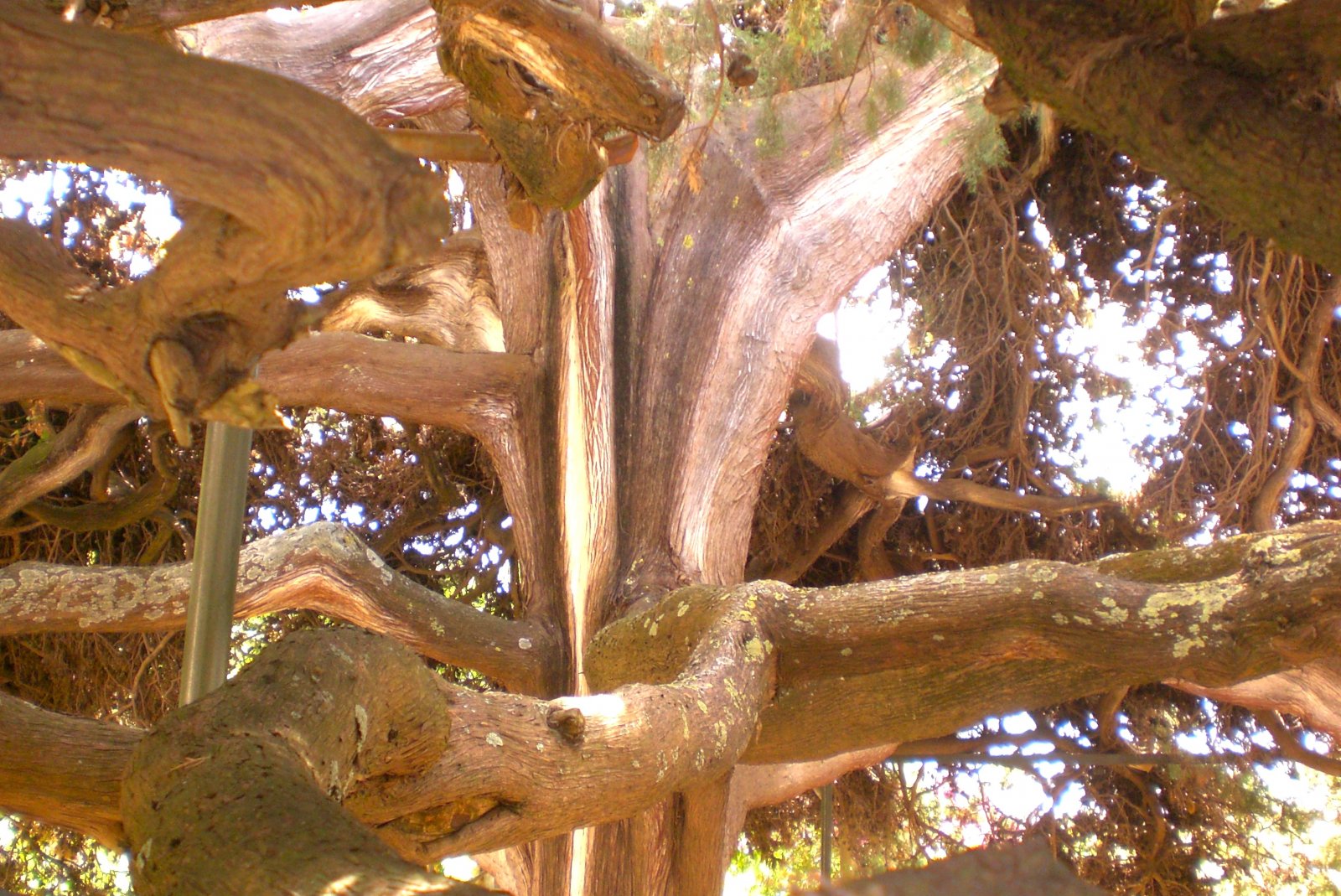 The church dedicated to the Virgin Mary was built in the 15th century as a single-nave Gothic structure in place of the small Chapel of the Holy Cross. It was financed by donations from Croatian nobles and ship captains who came to Hvar. Once completed, it became the church of the sailors, as indicated by many inscriptions by Venetian naval commanders in and around the church. The relief of the Madonna and Child in the lunette of the main portal is the work of Niccolo Fiorentino. The north aisle of the church with the Renaissance Chapel of the Holy Cross was built in 1536. Inside the church are 16th century altars, a Renaissance sanctuary by Venetian masters, also dating back to the 16th century, as well as the grave of the Croatian poet Hanibal Lucić. A larger than life painting of the Last Supper, a work by Matej Ponzoni, hangs in the refectory. The monastery also includes a library, a museum collection, and a centuries-old cypress.