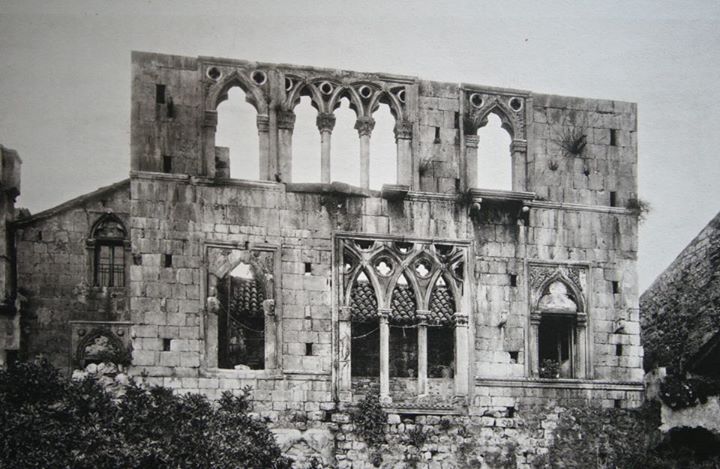 Užižić Palace, formerly also called "Hektorović Palace", was created in a floral Gothic style around 1463 on the site of an Early Gothic house from the 14th century that is still preserved within the palace today. The façade is marked by richly decorated single and triple glazed windows. The palace was erected at the northern city wall. The public passage remained unblocked which was the governor's condition for giving a building permit. Members of the venerable Užižić family served as dignitaries and municipal officials.