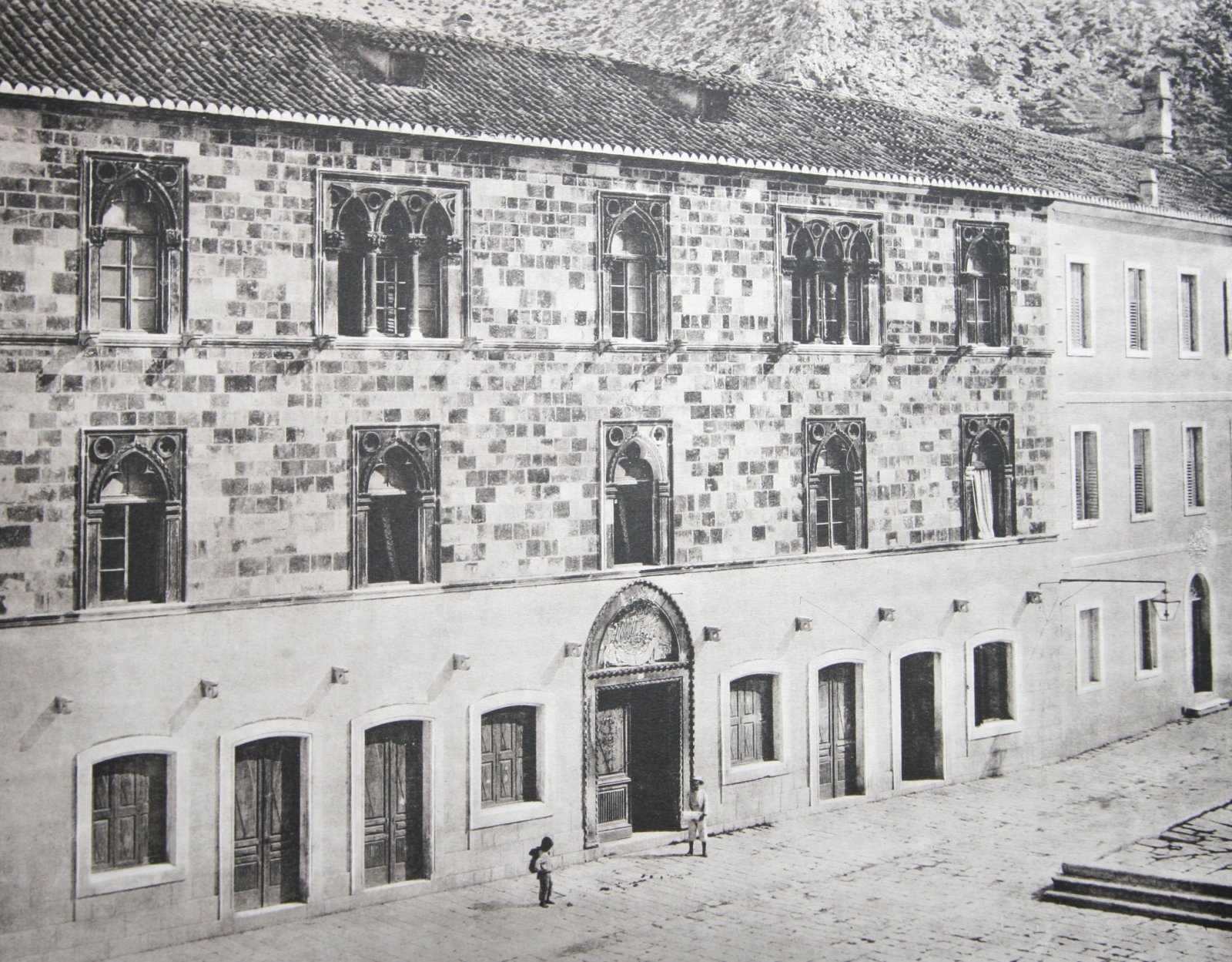 The lower Paladini Palace is a floral Gothic palace built by Nikola Paladini in late 15th century. Its current appearance however doesn't correspond with the original design. After 1870 the building was restructured according to drawings by Vičenco Kovačevićs. The ground floor and the arrangement of the upper windows was changed. Originally, it was called "Summer Residence" because before the reconstruction it had more rooms on the cool north side facing away from the summer heat.