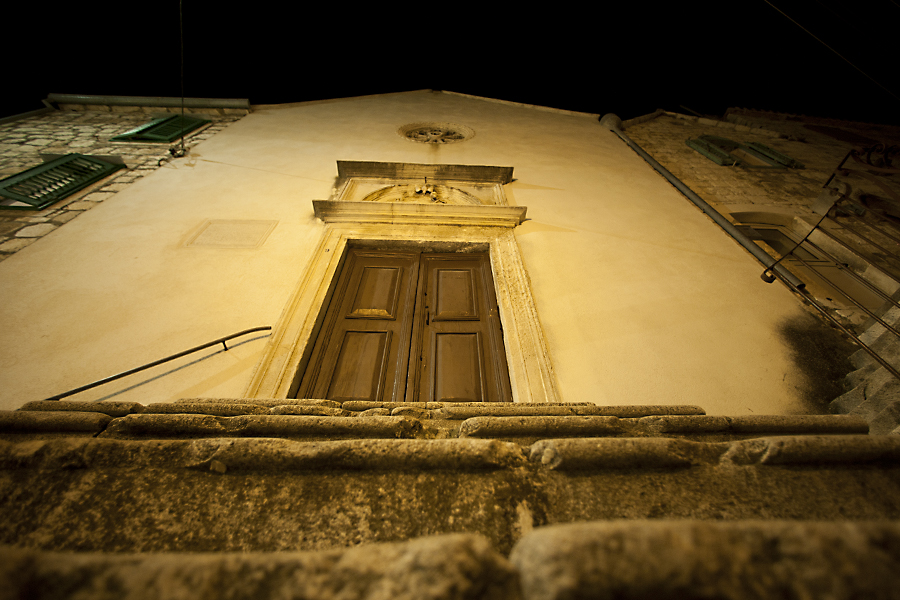 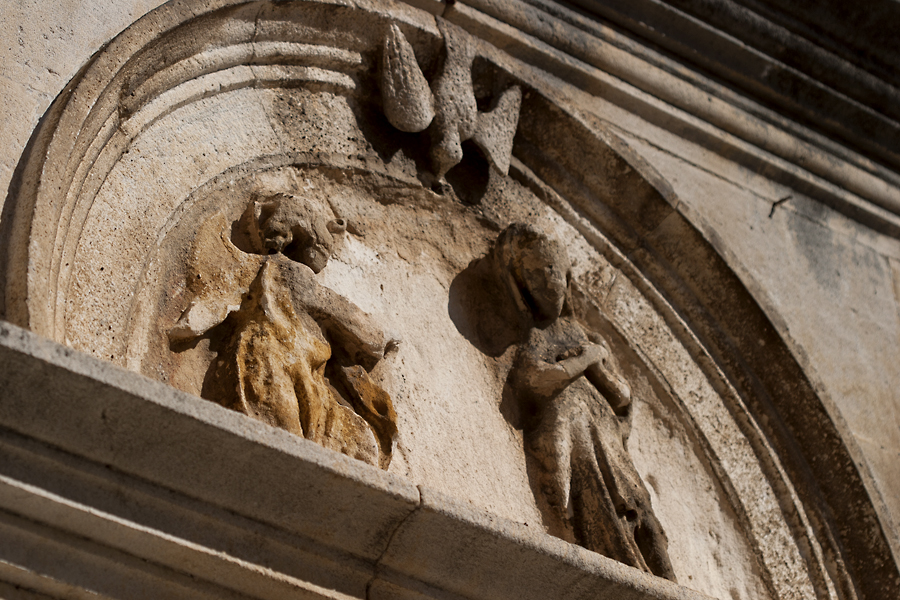 The church was built in the 14th century and has Gothic as well as Renaissance features. It played a decisive role during the rebellion of 1510 as the rebels' pivotal hub. It is the only church in the ethnic part of the city, Burga. According to legend, an incidence on February 6, 1510 in the nearby Bevilaqua house caused a stir: a wooden crucifix began to bleed.This fueled the ongoing rebellion for many years. The lunette above the portal shows the relief "Annunciation of the Lord", influenced by the style of Nikola Firentinacs. In the 17th century the church eventually became the centre of the Brotherhood of the Holy Cross.